Announcing the line-up for this year’s festival

. . and the Extra Events this Autumn and Winter

I have just booked my tickets for  North York Moors Chamber Music Festival 2015 recital of
SCHUBERT String trio in B flat D581
RAVEL Sonata for violin and cello
FRANÇAIX String trio in C
taking place on Sunday 23rd August  2pm at St Hilda’s, Danby YO21 2NH
this is just a stones throw from us. 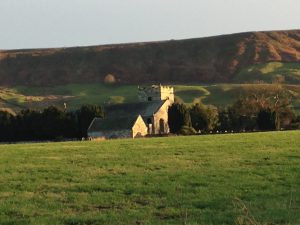 The rest of this amazing Festival takes place in and around the glorious North York Moors.

North York Moors Chamber Music Festival 2015
A message from Jamie Walton
I am delighted to reveal the roster of musicians taking part in our seventh North York Moors Chamber Music Festival – some familiar faces and some new. Those of you who enjoyed the Cremona Quartet will be pleased to see their return not just in October (25th and 26th) but also for the 22nd August (St Martin-on-the-hill), a concert which is a particular thrill for us what with a world premiere of Sir Peter Maxwell Davies’ ‘A Sea of Cold Flame’ for cello, baritone and string quartet written especially for us (to be published by Boosey & Hawkes). Early booking is highly recommended for this concert as publicity is strongly anticipated and the concert also features Schubert’s ‘Death and the Maiden’ quartet and a stunning Berlioz song with Claire Booth as soprano. We are also delighted to include an extra church in Pickering (21st August): the magnificent St Peter and St Paul’s in an electrifying programme which includes Priya Mitchell and Katya Apekisheva as soloists in Chausson’s ‘Concert’ and Claire Booth/Adam Johnson in Fauré’s song cycle ‘La Bonne Chanson’. Tickets are flying so I thank you, the audience, for your continued enthusiasm! We are all very excited by this year’s festival in terms of repertoire and line-up – we hope to make it the most exciting yet. www.northyorkmoorsfestival.com
There are exciting new concerts post festival on the Extra Events page – some details are yet to be released so this is more for the diary (such as the 2016 festival/record label launch on the 7th November 2015.) Dates to reserve are October 25th and 26th, November 6th, 7th and 8th, January 17th 2016 – these include appearances at Milton Rooms (Malton), Teesside Music Society (Stokesley) and the Moors National Park Centre with two concerts in collaboration with an exhibition of Carol Tyler’s paintings (early booking highly recommended as numbers are limited). Tickets will be available directly from these organisations except for the concert on November 7th via bookings@northyorkmoorsfestival.com – these will be released start of July and throughout the festival itself on the door. This concert will also launch the new record label set up for the festival where the debut CD will be available to purchase exclusively for the festival audience.

Meanwhile, our resident double-bassist Anthony Williams is soloist this Saturday, 20th June, 7.30pm at St Hilda’s Church (Church Square, West Cliff, Whitby YO21 3EG) with the St Hilda’s Festival Orchestra in Vanhal’s double-bass concerto. The programme includes the glorious Dvorak Wind Serenade Op.44 and Haydn’s Symphony No.104 – do come if you can!

Many thanks – we thoroughly look forward to opening the festival and seeing you all on August 16th 2pm (Guisborough). A glorious programme featuring harp, flute, strings – and Ravel’s masterpiece: his Introduction and Allegro. Very best wishes! Jamie

This website uses cookies to improve your experience while you navigate through the website. Out of these, the cookies that are categorised as necessary are stored on your browser as they are essential for the working of basic functionalities of the website. We also use third-party cookies that help us analyse and understand how you use this website. These cookies will be stored in your browser only with your consent. You also have the option to opt-out of these cookies. But opting out of some of these cookies may affect your browsing experience.
Necessary Always Enabled
Necessary cookies are absolutely essential for the website to function properly. These cookies ensure basic functionalities and security features of the website, anonymously.
Functional
Functional cookies help to perform certain functionalities like sharing the content of the website on social media platforms, collect feedbacks, and other third-party features.
Performance
Performance cookies are used to understand and analyze the key performance indexes of the website which helps in delivering a better user experience for the visitors.
Analytics
Analytical cookies are used to understand how visitors interact with the website. These cookies help provide information on metrics the number of visitors, bounce rate, traffic source, etc.
Advertisement
Advertisement cookies are used to provide visitors with relevant ads and marketing campaigns. These cookies track visitors across websites and collect information to provide customized ads.
Others
Other uncategorized cookies are those that are being analyzed and have not been classified into a category as yet.
SAVE & ACCEPT
Powered by